In November of 2019, the United Kingdom’s largest dog welfare charity, Dogs Trust, collaborated with Simon Community Scotland, a charity that supports homeless people. The two charities issued guidance that highlighted the importance of pets, specifically dogs, in the lives of homeless people. It also offered pieces of advice for housing providers to better cater to homeless dog owners and their pets.

The guidance, which was developed for the Scottish government, was well received. Housing Minister Kevin Stewart MSP even expressed his happiness upon seeing the “positive recommendations” in the report. Stewart also stressed the importance of respecting people’s relationships with their pets in delivering the government’s Ending Homelessness Together Action Plan. 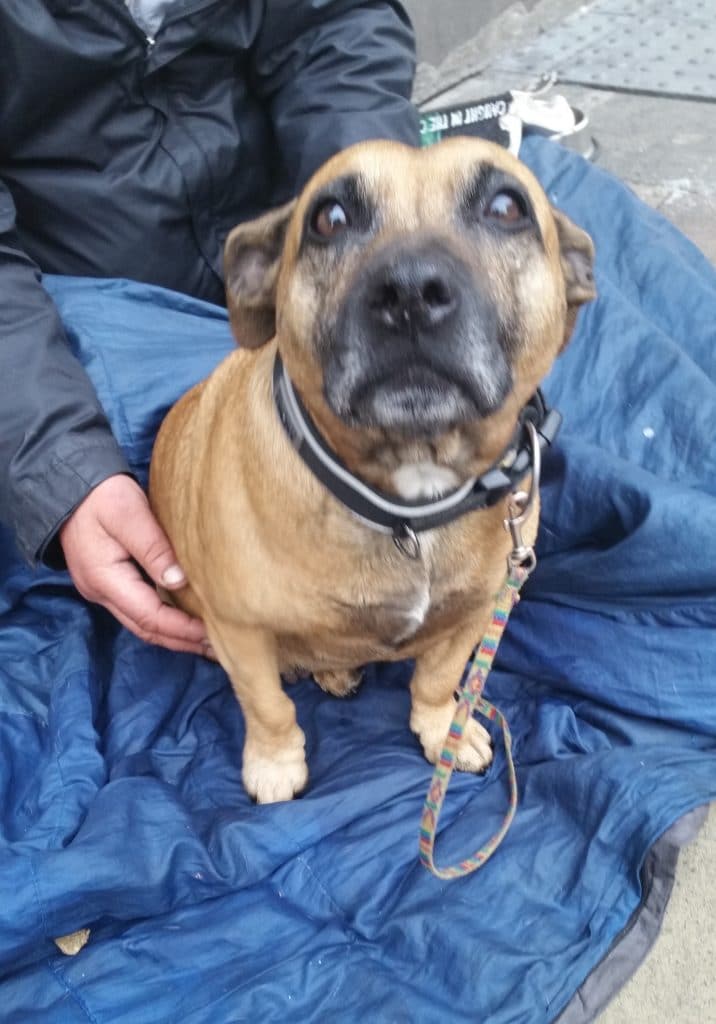 When the document was issued, only about 10% of all the hostels for the homeless were dog-friendly. Simon Community Scotland and Dogs Trust’s guidance helped address that problem. But the two charities did not stop there. They exerted individual efforts to improve the lives of Glasgow, Scotland’s homeless pet owners and their dogs.

In an attempt to help Glasgow City Mission accommodate pets, Dogs Trust provided them with the materials they needed. Because of that, East Campbell Street’s winter night shelter was able to cater to pets starting January 24, 2020. Dogs Trust’s generosity helped Glasgow City Mission achieve its goal of ensuring their dog owner guests will be able to sleep well.

Aware that homeless people often find the support they need in their pets, Simon Community Scotland also did something to help those in Glasgow care for their dogs. They issued what they call “Street Packs for Dogs.” The said packs came with all sorts of things dogs need, including a toy they can chew on.

Often, people struggling with homelessness go through more than that. Apart from the trauma they experience daily, they often have to live with memories of a horrible past. Having a dog in their lives helps make these people’s lives better. Because of their dogs, these people have found purpose, company, security, and love.

Dogs always make sure that they show how they feel. … There are lots of dog movies that are being shown …

Dog Lover on a mission to leave my little mark in this world by supporting dog lovers who appreciate how they make our lives brighter :)

Our website is made possible by displaying online advertisements to our visitors. Please consider supporting us by disabling your ad blocker.